Mr. Buff wins the Empire Classic Stakes again for trainer John Kimmel during Empire Showcase day at historic Belmont Park. This magnificent 6 year-old chestnut gelding battled for the lead with the speedy Sea Foam for the early part of the race.

The classy Mr. Buff proved to be much for these talented New York Breds as he enjoyed the class relief from open company races against Tacitus in the Suburban and Improbable in the Whitney.

Owned and bred by Mary and Chester Broman, this 17.1 hands, well composed, striking gelding recorded his 15th overall win and second Empire Classic victory  in back to back years. 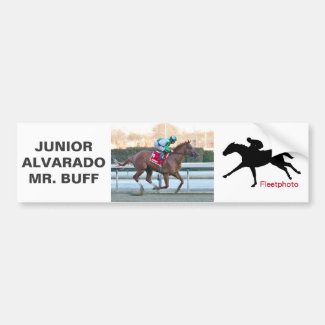